Where food speaks with your palate – Theleadbelly.com
Home Foods Why K-BBQ Is Popular In U.S.
Facebook 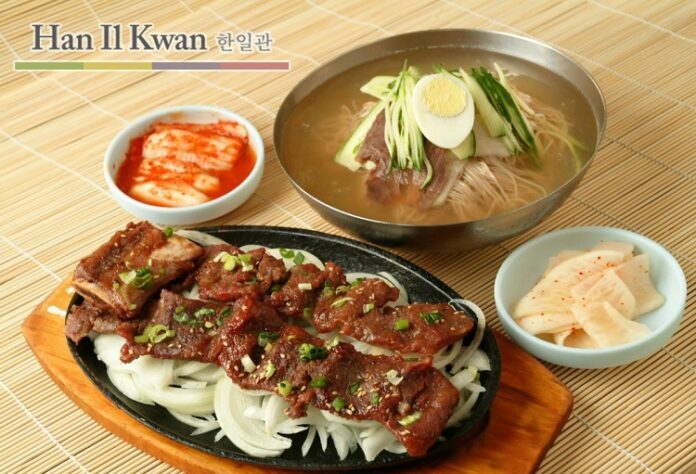 Recently, Asian cuisine has gained a lot of fame in the U.S. This can be attributed to the Korean Barbecue, a fun treat that’s favorite among many. It’s locally referred to as gogi-gui, a Korean technique of grilling beef, chicken, pork, and other meats. It’s so popular that most Americans love enjoying a social environment in leading barbeque spots like Han Il Kwan. Why is the Korean Barbecue so popular in the US? You can only understand when you study its history.

The history of the Korean Barbecue

K-BBQ isn’t a new name when we talk of cuisine. It dates back decades ago and can be traced back to Goguryeo era (37 B.C.–668 A.D.) Initially, the delicacies were roasted over a fire, like Maekjeok. However, Korean cuisine has evolved, resulting in the creation of the neobiani. This is a thin marinated piece of beef common among the Korean elites.

In the 1950s, the introduction of slicing machines allowed for the preparation of thinner bulgogi. This significantly impacted Korean cuisine. Buddhism also has a big role to play. As it spread across Pennisula, there was the development of smaller dishes.

These were mostly vegetable-based food items referred to as Banchan. It became part of the Korean cuisine during the Buddist period resulting in barbecued meat and Banchan, which are popular Korean dishes to date.

Why I the KBBQ popular in the U.S.?

Korean BBQ is popular due to the influence of pop culture, Korean TV, pop music, and movies. There are multiple elements of this delicacy that make it stand out.

There are different types of barbecue cuts, but K-BBQ stands out. In other countries, the cooking method involves grilling meat and other foods. However, the KBBQ differs from other types like the US barbecue due to the type of meat used. The Best Korean BBQ uses thinly sliced, tender beef slices, pork, chicken, or beef ribs.

2. The components are distinct.

You’ll get different components in the Korean barbeque. These include meat, Asam, sauce, drinks, and more. Typically you’ll get Korean barbecue in one type of meat. And this allows you to choose your favorite meat dish and flavor.

Ssam is yet another element. It defines the meat once it’s wrapped in vegetables and leaves. Examples of common vegetables include;

The sauce is usually soybean and red pepper paste. It features umami flavor and complementary ingredients. You also expect drinks like; soju, a renowned Korean wine, and other light beverages.

3. The food is delicious.

Korean food is favorite in the US and many other parts of the globe due to its delicious nature. It incorporates glutamate, soy sauce, red chili, fermented bean paste, and kimchi, a type of fermented cabbage.

Korean barbeque is famous due to its unique taste and flavor. It’s favorite among many and stands out in other barbeques in most cuisines. To get the best K-KBQ in the US, visit leading barbeque spots and sample different types available.